Low progesterone can increase conversion of testosterone to dihydrotestosterone 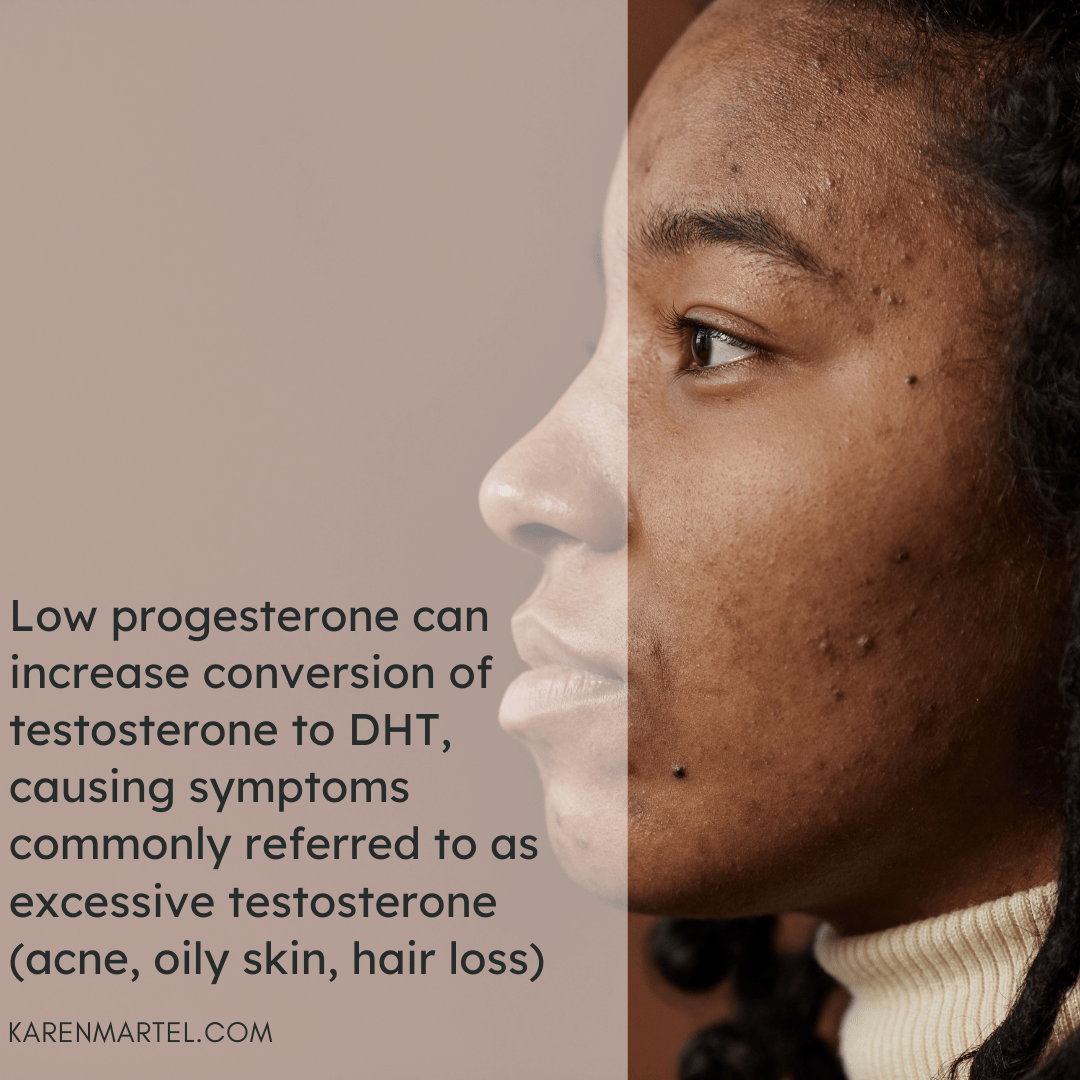 Progesterone is a necessity for good health and longevity.
The Role of Progesterone
Progesterone’s roles include converting fat into energy, regulating thyroid hormone production, boosting the immune system, and helping to reboot libido.
This natural anti-depressant also aids in normalizing blood clotting, helps to initiate sleep, and is a natural diuretic. Because it activates the brain’s GABA receptor sites, progesterone has a calming effect on the body.
Progesterone is an inhibitor of the enzyme 5-alpha-reductase, which converts testosterone into dihydrotestosterone (DHT). DHT, also known as bad testosterone, is the cause of female pattern balding, acne and oily skin.

Testosterone is produced by the gonads (by the Leydig cells in testes in men and by the ovaries in women), although small quantities are also produced by the adrenal glands in both sexes. It is an androgen, meaning that it stimulates the development of male characteristics.

Present in much greater levels in men than women but in women  Combined with estrogen, the female sex hormone, testosterone helps with the growth, maintenance, and repair of a woman’s reproductive tissues, bone mass, and human behaviors. This hormone also signals the body to make new blood cells, ensures that muscles and bones stay strong during and after puberty and enhances libido both in men and women.

During menopause, your body’s production progesterone can decline. Alongside this decline in female hormone production, your sensitivity to male hormones such as DHT can increase.

Progesterone can help reduce the conversion to DHT. Talk to your doctor about replacing your progesterone in perimenopause with natural bioidentical progesterone cream.

*Join the women’s hormone and weight loss program OnTrack to find out exactly how to replace your dropping hormones in perimenopause. 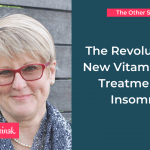 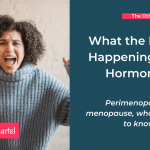 Next
What the Heck is Happening to My Hormones? Perimenopause to menopause, what you need to know.